(This blog post was co-written by Pieter Vandenheede & Glenn Colpaert, both colleagues at Codit)

We finally admit it… we both were the brains behind the CrazyBizTalk account. There… it’s in the open. After Integrate 2017, day 3, we were no longer able to keep it a secret, so there is no use of denying it anymore…

It was a fun ride, which started in 2013 already. We’ve written this post to give you some insights on how it all got started, the fun we had through the years and what the next steps are.

How it all started

In May 2013, both of us were very actively developing BizTalk applications. The Microsoft Integration community was starting to become a vibrant place and the #msbts Twitter hashtag (for Microsoft BizTalk Server) became a thing we both started following on a daily basis.

Now and then we were making fun of BizTalk items and the very first tweet Glenn sent out was the following:

Life's a messagebox and then you have a routing failure.. #msbts #crazybiztalktweets

It was also the birth of our very own hashtag: #crazybiztalktweets!

We thought of things to do and after a few days of brainstorming, we decided we had our first few memes and quotes we could start with.

"All long running orchestrations must come to an end…" #crazybiztalktweets #msbts

It didn’t get a lot of love back then, but we felt it was funny, so we decided to amp things up and put up some more tweets in the days to come, this time including the meme pictures:

"#errors exists in one or more children"… Not sure if about orchestrations or family… #crazybiztalktweets #msbts pic.twitter.com/bqYmd6zu8N

It was fun, but still it was something casual after those few first days. Thought to be forgotten at some point. However, it clicked with us. We discussed the next steps, proposed new quotes, confirmed or vetoed others. We had some good laughs and giggles, every time we came up with something new.

At some point we even created a DropBox shared folder, in order to keep up with the new ideas and memes we had… and yes, we even had some BizTalk lyrics…

They were good times, but neither of us had thought we would keep going 4 years later.

Time went by and we started getting 100+ followers on Twitter and getting more every time we made up something new. People started liking, re-tweeting (RT’ing), we even had some private messages from time to time… you know who you were 😉

Some of our best moments were at Integrate 2013, 2015 and 2017.
Audiences hooked on Twitter with a single #integrate hashtag are all potential followers we discovered. Here’s a selection from the past years:

Confession: I used to think the BizTalk summit was a mountain in London… #crazybiztalktweets #msbts pic.twitter.com/ocmTuBu6J6

Do not be afraid of the ESB Toolkit! It's just a shadowy place…. #msbts #crazybiztalktweets pic.twitter.com/YypRaCTpro

Release cadence maintained! We are shipping BizTalk 2015 just in time for the holidays! #msbts #CrazyBizTalkTweets pic.twitter.com/dMr8vMrNwc

This is how I see those Logic Apps guys… not buying it! Stay on the msbts side! #Integrate2016 pic.twitter.com/t02Luf3fS3

Admittedly, we sometimes made fun of our beloved BizTalk Server. Being anonymous gives you the advantage of being able to say what you want. We realized we had to be very careful in what to say, in order not to burn the account. However, we did notice that whenever we approached the acceptable line, we did get more likes and RT’s than usual!

Some other things to know:

Also, over time, people always tried to figure out who was behind the account…
A special thanks to the following people,  who made this a very fun experience:

My fav account is here! I HAVE to find out who it really is 🙂 https://t.co/AsVCTjpznw

Also, people gave us some praise now and then, which was much appreciated!

@CrazyBizTalk thanks for your contributions. You might of heard a few audible LOLS in the room today with your event log one. #msbts

Integrate 2017, day 3 will be marked as a black page in our book. The conference was a BIG HIT so far: we won a book on the first day due to the most popular #integrate2017 tweet. Appeared during a demo of SteefJan on the second day and tweets were getting a lot of likes and love.

During one of the last sessions however, while trying to appear in yet another demo, things went downhill when we used Tweetdeck to post (too) quickly. Pieter forgot to uncheck his own account and posted. Only to be followed by:

The damage was done and the secret identity broken… What a pity!!

Could you have known?

Is there any way you could have known it was us or related to us?

Sure, there were some clues we were not able to hide:

There is no next… unfortunately.

We have both decided to quit the account.
Although it is tempting to continue with the account, it would no longer be the same as it was. Now that we are affiliated with the account, we feel people may become biased by what we think is funny. It was very fun doing what we did however.

We will close the account and login now and then, to make sure the tweets are preserved for any new BizTalk developer that happens to stumble upon them.

We very much enjoyed doing what we did and truly hoped to have made you laugh, giggle or just sparked an interest into what we did. We did not spend a lot of time on it, but we felt like making things better by adding a little humor.

Let us know what you think!
What was your favorite one? How did you experience all of this? 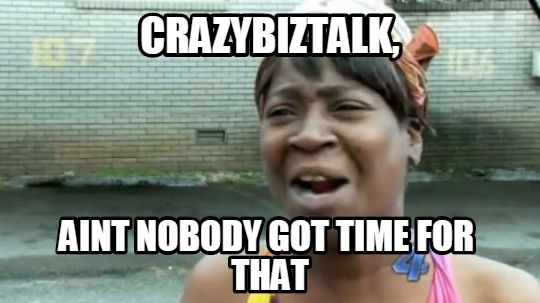